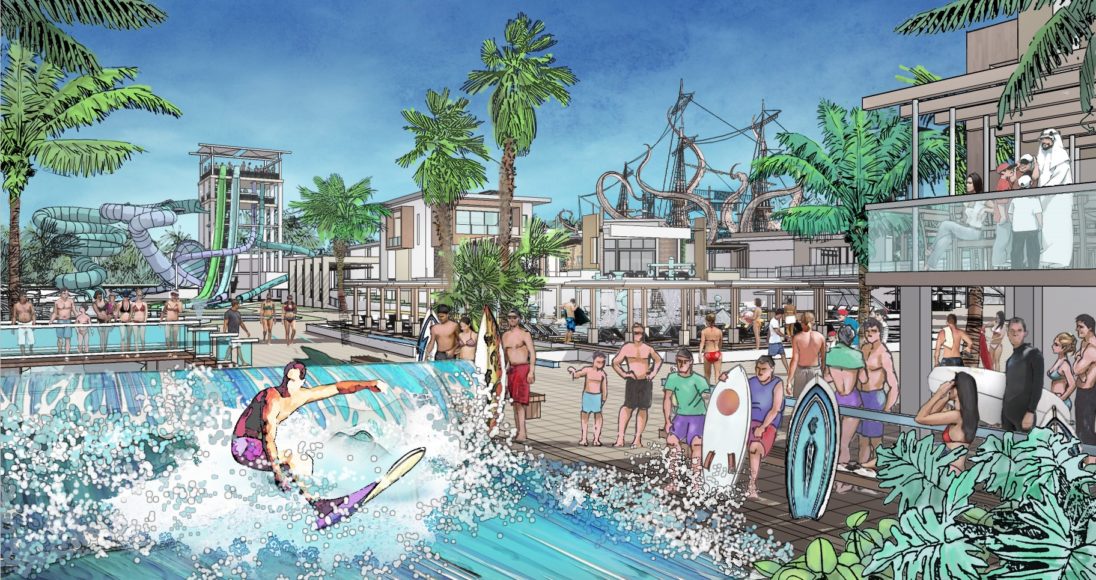 This blog post is brought to you by FORREC Conversations, a series of engaging interviews between FORREC and thought leaders in the experience design industry and beyond. In this installment, Ingrid Vaivads, an experienced senior designer at FORREC sat down with Jess Ponting, co-founder of Surf Park Central and the director of the Center for Surf Research San Diego State University, to discuss the rise of surf parks in experiential design.

PART I: A Timeline of Surf Parks: Its Evolution and Expansion into New Spaces & Places
Click here to read Part II, The Rise of Surf Parks in Experiential Design

WHY SURF PARKS? WHAT MAKES THEM UNIQUE?

Ingrid Vaivads: Before even ‘diving’ into surf parks, it’s important we look at water in relation to how and why people interact with it, especially in the form of recreation and play. With the earth being covered in more than 70% of water, it’s no wonder people are so drawn to it, it’s the world’s first playground! For millions of years, humans and our ancestors before us have needed water to survive – or at least benefited from its presence. Water is life giving in every sense. We use water for drinking, cooking, cleansing, working, exercise, play and travel. It’s where we came from originally and it’s where we naturally flock to recharge, rehydrate, and reconnect. Studies have even shown that our brains are hardwired to react positively to water and that it can make us happier, healthier, more connected, and even increase innovation.  We are inspired by water, hearing it, seeing it, smelling it in the air, photographing it, and of course playing in it and creating lasting memories. Water is a very powerful design and fluid element. So, creating purpose designed and built water parks and surf parks are a natural progression of how we interact with it.

Interest and participation in surf is growing around the world; the sport made its debut appearance in the Tokyo 2020 Olympic Games. However, for the everyday person who wants to ‘test out the waters’, surfing can feel inaccessible. Most people don’t live near a beach and surf waves can be unpredictable. Surf parks bring surfable waves to people in a fun and safe environment. Surfers (new or experienced), friends and families can visit surf parks locally or travel to foreign destinations in urban and rural settings that offer high quality and predictable waves.

What makes surf parks unique is not only can they be stand alone attractions, but they can also be integrated into a variety of commercial real estate, recreational and entertainment development projects including water parks, theme parks, adventure parks, resorts, retail, dining, and entertainment (RDE) or residential mixed-use developments. The appeal of water to excite, refresh or entertain is universal. To experience the surf lifestyle and the pure exhilaration of riding a wave is truly unforgettable. 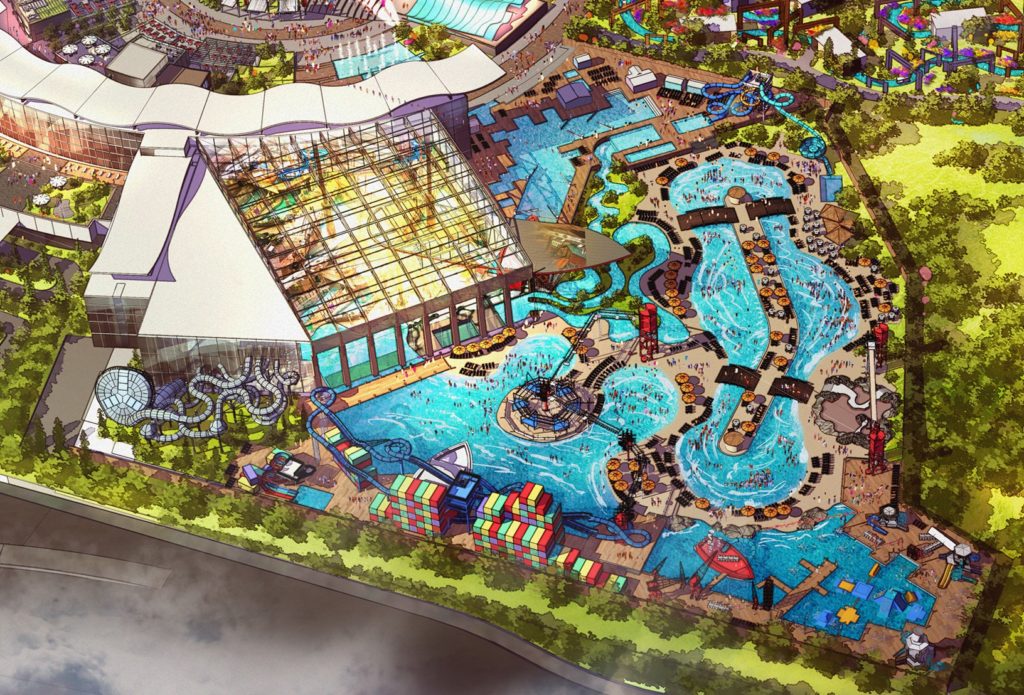 HOW HAVE SURF PARKS EVOLVED OVER TIME?

JP: The history of human made waves dates to 1887 in the Venus Grotto of the ‘mad king’ Ludwig II of Bavaria’s Linderhof castle. A wave machine directly applied electricity to the water to create ripples across a small artiﬁcial lake – 100% safe, right? In 1903 a hydraulic ﬂap system was patented to create breaking waves in a pool to provide an enhanced swimming experience thought to have health beneﬁts and was trialed at the 1912 International Hygiene Exposition in Dresden. The wave pool could handle 7500 paying customers a day and rapidly became a popular addition to leisure and recreation centers, around 500 being built across the 20th century. Actual surﬁng came to surf pools in the mid-1960s beginning in Japan and then the purpose-built Big Surf attraction in Arizona, which opened in 1968 and ﬁrst surfed by world champion Fred Hemmings. These were small, sluggish, spilling waves that were the pinnacle of surf park performance until late 1980s when Disney’s Typhoon Lagoon began producing soft but very well-formed peeling waves and the early 90s when Ocean Dome in Japan made it possible to get barreled in a surf park for the ﬁrst time. The Wadi Adventure Park in Al Ain, UAE opened in 2012 and produced a short but relatively high-quality waves capable of providing a short barrel or a viable air section.

After Wadi Adventure, a third generation of far superior quality surf parks came into being – pools capable of producing very high-quality waves. Wavegarden Lagoon and Kelly Slater Wave Co. (KSWaveCo) are based on different applications of the same basic concept: mechanical foils being dragged through the water; variation is achieved by dragging the foils faster or slower through the water. Surﬂoch, American Wave Machines, and Endless Surf all use sequentially ﬁred pneumatic caissons to generate waves and are capable of almost inﬁnite wave variation. Wavegarden Cove uses electric motors to move paddles that generate waves on either side of a central pier, a very efﬁcient system, which allows for wave variation but also accurate replication of wave types. Surf Lakes uses an entirely different method, essentially dropping a large weight into the lake to produce outward moving circular waves from a central point that are shaped and broken in a variety of ways using variations of bathymetry creating five distinct waves from each swell generated. The Surf Lakes system is capable of some wave variation provided by static bathymetry and varying the size and number of waves being produced.

Each of these third-generation technologies can create waves of incredible quality. Where previously surf parks were compared favorably with average wave conditions and quality breaks in nature, after KSWaveCo released its ﬁrst video, the paradigm ﬂipped and perfect surf breaks were compared favorably with surf parks. Wave generation technology has come a long, long way. One exciting way in which technology may be used is through cameras and cutting-edge analysis for several surprising applications in the surf park space. There will be an exciting announcement at Surf Park Summit related to this. 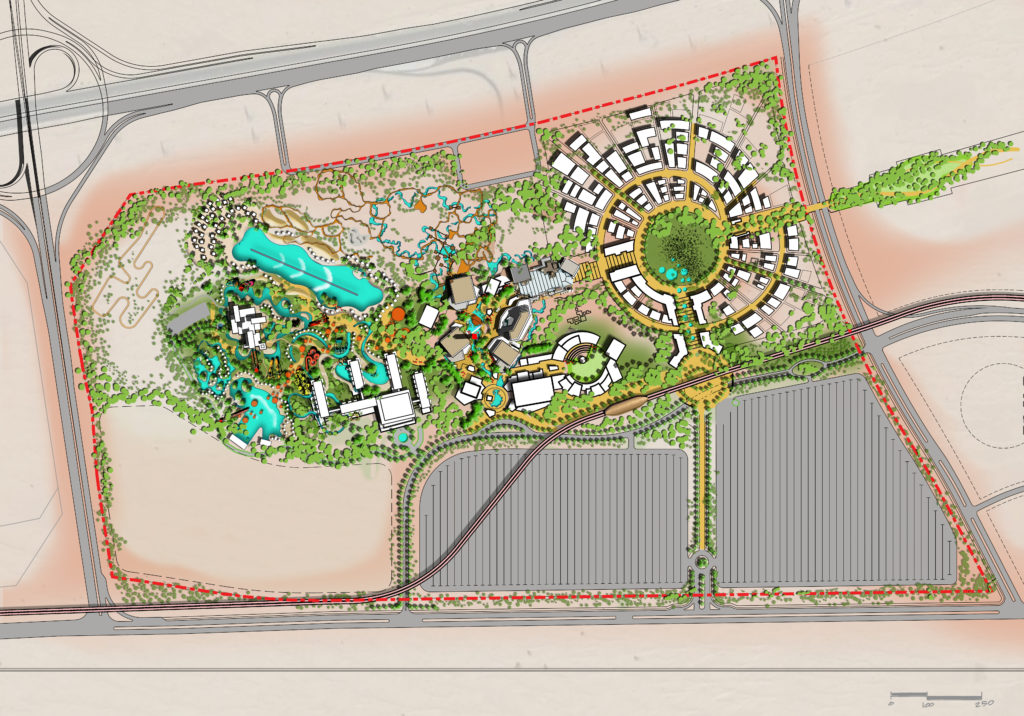 IV: As Jess mentioned, surfing has been around for hundreds of years; from its origin in Hawaii where surfing was seen as the pure pursuit of pleasure, to making its way to California, which provided great leaps in technology, enabling it to spread around the world including into water parks. In the early days of water-based attractions, the wave pool, and even the surf pool, was the core anchor of a water park. As the interest in surfing as a sport grew beyond just recreation and the aspirational surf culture and lifestyle became more popular, development visions broadened, and stand-alone surf venues became more than a sport dedicated to a niche demographic. The inclusion of broader audiences along with core surfers forced surf parks to evolve from being a place that focused on wave technology that delivers the premium surf experience, to programming and designing the attractions and guest experience as a whole: the spaces, the site narrative, activities, facilities, and entertainment. That’s where us creative designers and master planners came in. Financial success and environmental and social performance became key goals. Developers are looking to full-service firms like FORREC to partner with who understand market sectors, recreation, entertainment, and capacity and experience.

IV: There are a few reasons, but I would say there are three main ones. The first being, with the growth of and a variety of new development project types, scales, and markets, we have been able to see a lot more market differentiation and complementary attractions. The second being, there is increased potential to appeal to a broader guest market: opportunity to enhance guest satisfaction/enjoyment with a variety of additional amenities, increase length of stay and additional revenue opportunities within F&B, retail, day and night programming, and accommodations. Lastly, often public/private partnerships between the developers and a city can bring new recreational opportunities to municipalities who are growing and enhancing their active healthy community priorities.

JP: As Ingrid mentioned, the surf park is an anchor for an attraction that will generate its own loyal following locally and beyond, and that will create an aspirational following of beginner surfers. It will bring non-surfing family and friends to watch the action, which is mesmerizing even to those who don’t surf. It can be a cultural hub for a wider attraction, bringing a level of authenticity of experience that other components simply cannot emulate.

Surfing is also an incredibly lucrative sport; surfing comes with 30 to 40 million regular participants in over 100 countries, many of whom travel internationally on a regular basis for the express purpose of surfing. A recent study found that globally, surfers take an average of 0.928 international surf trips per year, with 40% taking more than one such trip each year spending USD$1,999.50 per trip for a total annual expenditure of between $31.5 (USD) and $64.9 (USD) billion dollars. 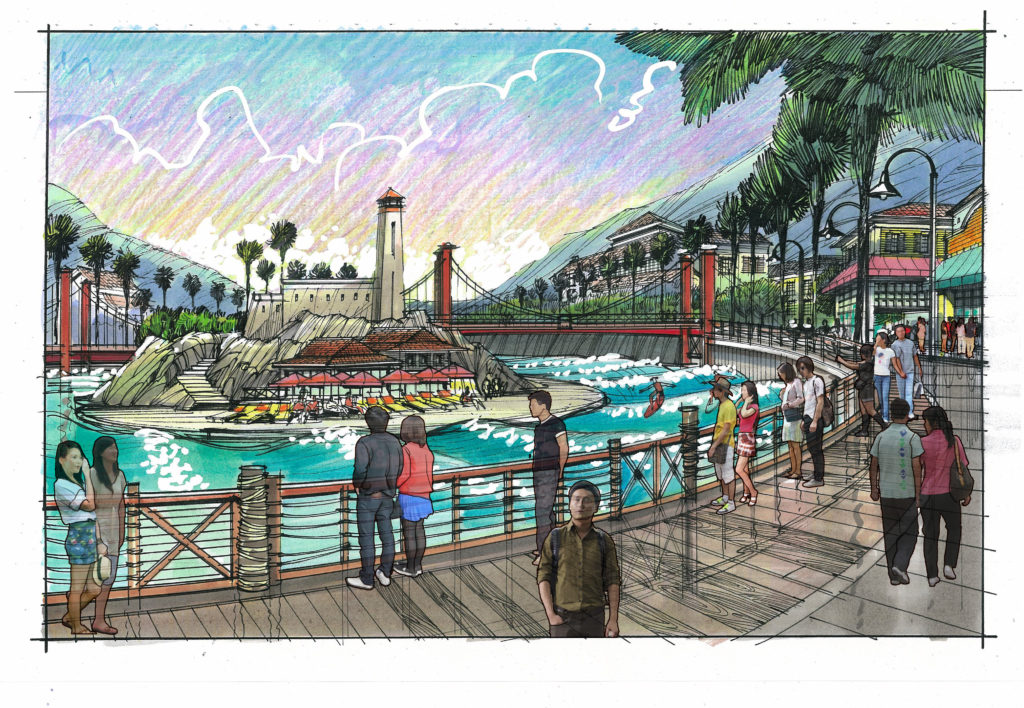 WHAT DO GUESTS WANT IN SURF PARKS?

JP: There are several different types of guests with different needs. Experienced surfers want great waves without crowds and hassles at times convenient for them. Beginners are more focussed on safety and lessons. Other visitors, potentially non-surﬁng visitors are going to want great amenities beyond the wave pool itself. Research of the surﬁng market has shown signiﬁcant interest in sustainability initiatives, particularly among women, long boarders, and beginners – all important markets for surf parks.

IV: I’d add, people are looking for the essentials in addition to core surf: a park with a vibrant atmosphere, quality entertainment, and ultimately a place to escape, celebrate and create lasting memories. As creative designers, we also need to consider what the client/park owners want to provide: lifestyle retail, facilities, accommodation, F&B, thematic programming, and complementary activities. We often look to the natural environment as inspiration for the park’s vibe and recreational potential. Ultimately, sport and recreation haven’t changed at its base in that it creates places for people to gather, build skills, experience the “stoke”, and have fun with friends and family.

WHAT ARE SOME CHALLENGES IN CREATING AND MAINTAINING SURF PARKS?

IV: For any attraction we design, a feasibility study for market interest is conducted by the owner. We look at the hard numbers concerning performance and capacity, look at what guests want and what the developer wants to offer. The project is influenced by several factors including site analysis and selection; water quality; geotechnical condition of the site; infrastructure; wave technology selection and performance; maintenance and operations; consideration for expansion or refresh; and of course, actual entertainment park capacity and performance to meet desired guest experience and projected revenue targets. Then of course, there is the actual construction of the surf park, that can sometimes come with delays. All of these can absolutely create obstacles and challenges when it comes to creating and maintaining surf parks, let alone achieving the targets of the business plan.

JP: Given the sector’s infancy, a lack of comparable track records is a challenge for many projects. These are capital intensive developments and, though this is changing, many investors still feel a high degree of risk, particularly those unfamiliar with the incredible draw of surﬁng as an activity. This can create challenges when it comes to ﬁnancing. Another challenge is regulation and permitting. These projects are brand new and are running ahead of regulatory bodies and standard setters in many instances. While the industry is well down the path, remedying the situation approvals and permitting has proven to be just as complicated as you might imagine it to be.

We are pleased to share the return of the Surf Park Summit happening in-person from Oct. 4 – 5th. This two-day conference will feature industry networking, expert panels, and presentations from industry leaders and innovators | Buy Your Tickets 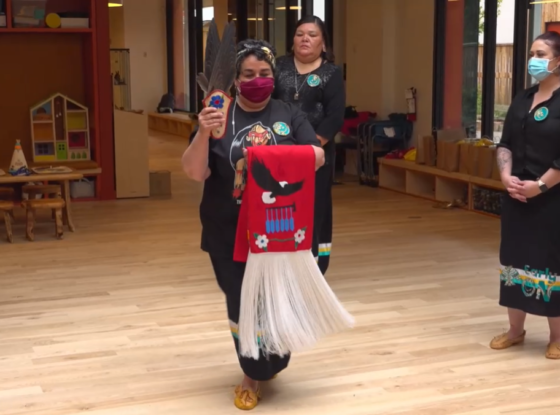 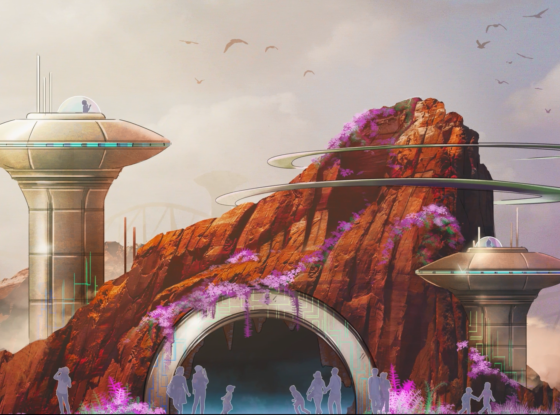 Behind the Scenes: Deep-Space Theme Park 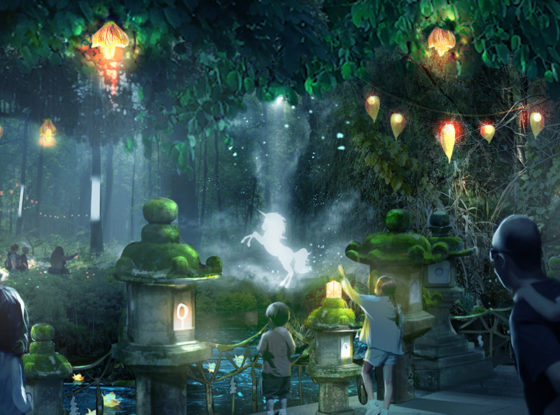 FORREC CONVERSATIONS WITH CLDC: How Marketable is your Branded Attraction?